5 things we have learned since retail stores re-opened

Normality is finally feeling within grasp with bricks and mortar shops reopening their doors in April and May across the UK and Ireland. eCommerce stepped up to the plate in 2020 as restrictions lead to shopping from home. Now that consumers are returning to the high street, what does it mean for eCommerce? How can retailers tackle new multichannel shopping habits? Is the thirst for real-life experiences enough to draw people away from the digital check-out?

Here’s what we have learnt since retail stores reopened:

1. Re-imaging store roles Omnichannel is a must

One more time, for the people in the back - Omnichannel retail is a must! eCommerce performance may have levelled off as retail re-opened, but is reported to be staying at much higher levels than pre-covid. Retailers are now reimagining their stores’ inline new consumer habits, and CX has fast become a key differentiator from competitors - with self-service, appointment shopping and click and collect front and centre. Contactless experiences are proving invaluable for retailers, with the spending limit set to reach £100 in the UK by the end of 2021. Click and collect services have also been welcomed back with open arms, with UK Click and Collect turnover to reach an estimated €11.9 billion by 2023. Turning our attention to the consumers, we recently ran polls on our social channels that found 70% of those asked said they intend to shop both online and in-store as retail reopens. A further 53% of respondents said they were very likely to use click and collect services. Need we say more?

2. Fashion is on the rise as people socialise again

Socialising is back on the cards, with consumers are getting back into fashion, grooming and gifting. Pent up demand mean UK clothing retailers also had a strong return with high street fashion taking £462m in bricks and mortar stores during their first week back (50% more than in 2019). Consumers are also likely to have taken to the streets for their gifting needs as online gift buying was down 40% this June compared to its 90% growth in 2020. In Ireland, Bank of Ireland debit card data reveals a spike in social spending in May as consumers flocked to clothes shops, barbers and beauty salons and are now just 1% below pre-Covid levels. Spending on clothes rocketed by 56% as people availed themselves of popular shopping outlets opening their doors once again. Overall, the Central Bank found that spending in shops hit €14.5 million the first Monday restrictions were eased in Ireland - an increase of 18% compared to the previous Monday.

3. Home furnishing has taken a back seat.

UK retail re-opened in April and with that food and drink and homewares and DIY suffered the biggest drop in online conversion rates. According to IMRG, homeware, in particular, saw the biggest drop in purchases of -22% compared to its 100% growth in Jue of last year. Electricals have also seen a 9% dip at the same time last year.  Firstly, we can assume that, as normality returns, consumers are prioritising social spending over home furnishing.  It may also suggest that the in-store experience simply can’t be beaten when it comes to certain products.

Kantar reports that shoppers are showing support for their local communities as independent grocery shops, bakers, butchers, delis and farm shops all trading well ahead of pre-pandemic levels. Charity shops are also thriving with built-up donations, more footfall on the streets and an increase in eco-awareness. Consumers are now likely to consider ethical and sustainability issues while shopping, with 1 in 3 refraining from purchasing certain brands due to related concerns. The suburbs are the envy of city centres as commuters return at a slow pace and localism is at an all-time high.

5. A dip in retail spending is on the way.

What goes up must come down as they say. Irish retailers can look to the UK for an idea of what’s to come given their head start on reopening society. Industry figures in the UK shadow that retail sales took an unexpected hit in May, as hospitality re-opened. However, it remains well above pre-pandemic levels according to Britain’s Office for National Statistics. As people have increased options on which to spend their money, spending in certain industries will fluctuate - particularly, in Ireland as we await further sections of hospitality and travel to reopen. A surge in pent up consumer demand, as well as savings, would, without a doubt result in a strong initial performance - therefore, a dip to some degree is inevitable. Even with a reduction in retail spending forecast, KBC has theorised that Irish consumers are becoming less concerned about their current circumstances as well as less fearful about the future.

As 2021 unfolds, we cannot be certain that we’ve seen the last of lockdowns and restrictions. However, you can be sure that the customers you have acquired in lockdown differ from your previous generation of buyers. Retailers who can perfect their omnichannel offering, local retailers and those who can provide a modernised in-store experience stand to reap the benefits of retails re-start.
Post tags #News 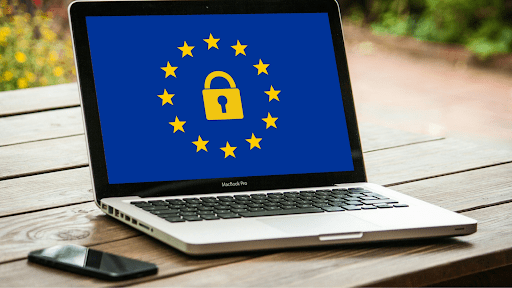