Rocketing to the Top

Space 2000 & Kooomo, a partnership that’s out of this world.

Space 2000 has been at the forefront of Italian design and manufacturing since 1977. Founded by Giancarlo Musso and now managed by Manuele and Cristiano Musso, it has grown a portfolio of affordable fashion brands that specialise in urban clothing and jeanswear including Bomboogie, AI Riders on the Storm and Censured Urban Apparel.

Not only that, but Space 2000 is also responsible for Hangar Eighteen, a multibrand store including brands like Kate Cut, Statham, Von Dutch, and more. Headquartered in Turin, Space 2000 has a wide distribution network through department stores and national clothing chains and has factories in Italy, China and Portugal. It employs 120 staff and had a turnover of over €36 million in 2016. They teamed up with Kooomo to expand their distribution and bring their business into the 21st century with a state-of-the-art online store. 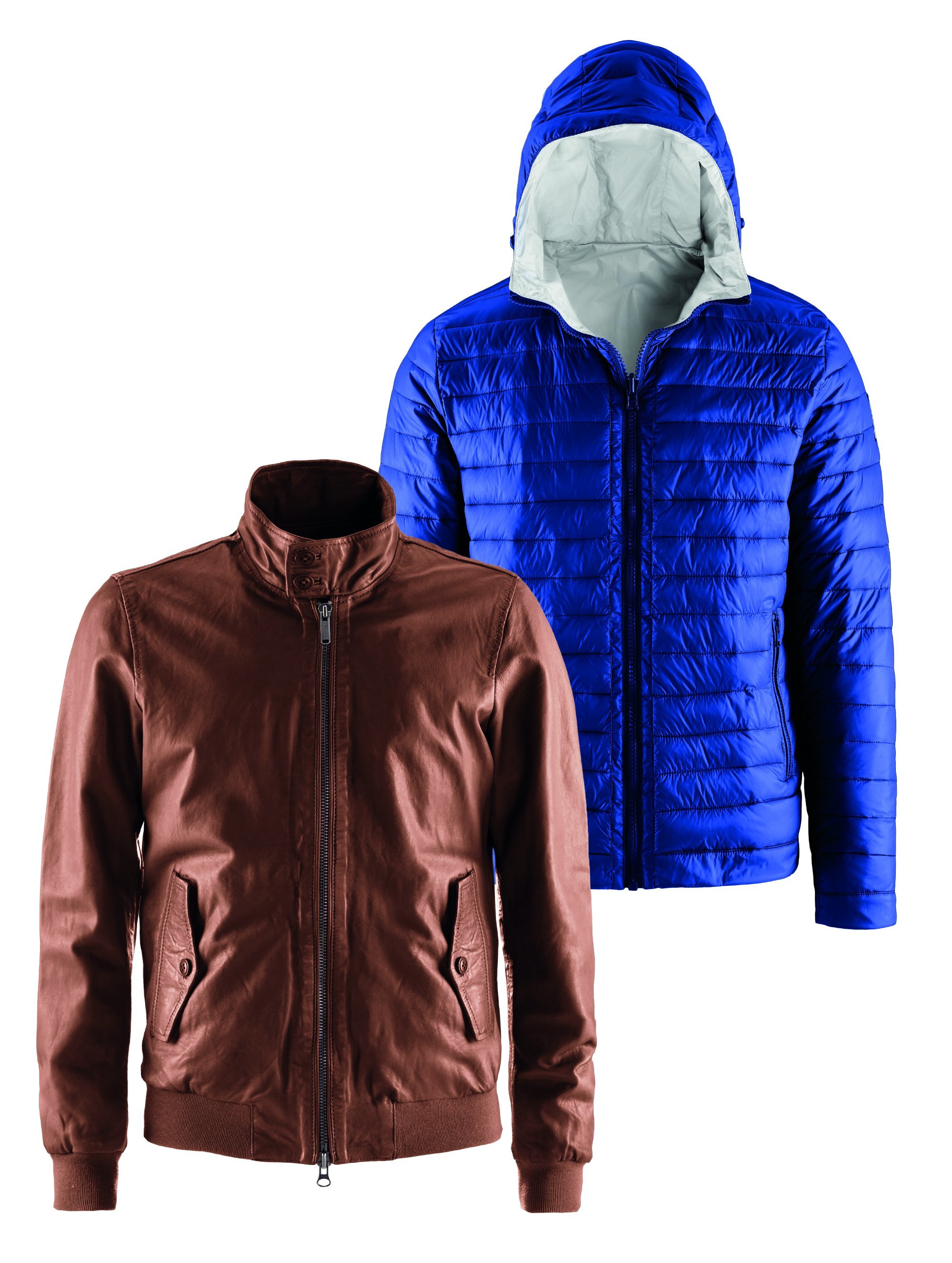 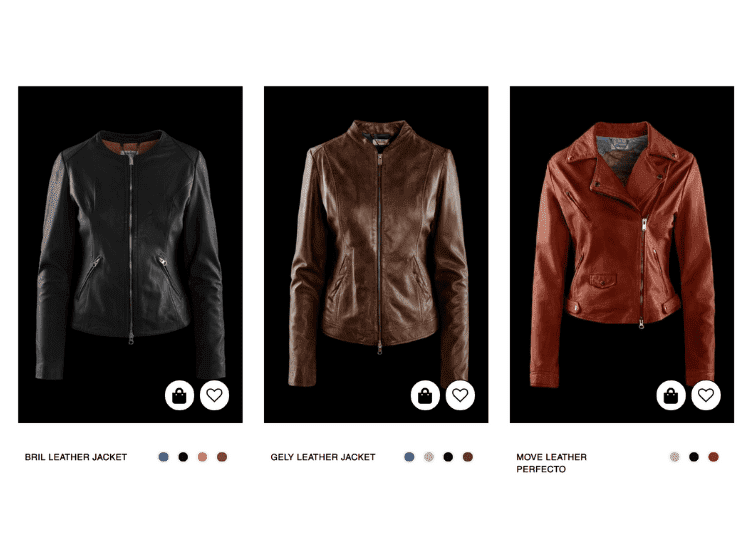 The initial success and demand for these stylish products meant that within three years of launching, Bomboogie, was available in over 800 Italian stores. In 2012, Space 2000 decided to capitalise on Bomboogie’s growing popularity, and took an expanding product line to the online marketplace. Identifying 18-35 year olds as its target demographic, it was imperative that Bomboogie offered an experience to its tech savvy customers to browse and purchase on demand. 72% of millennials research and shop their options before going to the store, so having a consistent brand identity and seamless user experience across all devices would be crucial.

Kooomo worked closely with Space 2000 and design agency partner, Studioworx, to create both a corporate website for the company www.space2000spa.com as well as a bespoke ecommerce website which could be launched quickly and build upon the momentum it had already created. A fully responsive site was developed in less than four weeks that offered the whole product range in multiple languages along with a CMS which could be updated easily. A large network of physical stores presents an opportunity to interact directly with customers so click and collect functionality was
integral to the design. Another way of appeasing this Millennial customer base was to offer a ‘cash on delivery’ service, something that was a big plus to those not able to pay with credit cards.

“Kooomo’s partner ecosystem has been a life-saver,” Space 2000 Digital Department Manager, Maria Beatrice Falcione explains, “We have been able to access a network of experts across all sectors of eCommerce which has helped us maintain control of every aspect of our business. For instance, the one-click MailChimp integration has allowed us to set up and send promotional emails to our entire database.
The Kooomo platform has also facilitated an improved delivery network. “Last week I activated the courier service to DHL across all of our brands and it took less than 3 hours”, said Maria Beatrice Falcione. Although initially handled by the Kooomo Services team, Space 2000 now employs 6 eCommerce specialists to manage all of their branded e-stores. The Kooomo platform handles all orders and payments while Space 2000 concentrate on marketing, and customer service. “By investing in digital we have grown by 47%. Our combined Google AdWords and SEO campaigns have led to an immediate return on investment which has helped us to capitalise on our products’ popularity.” 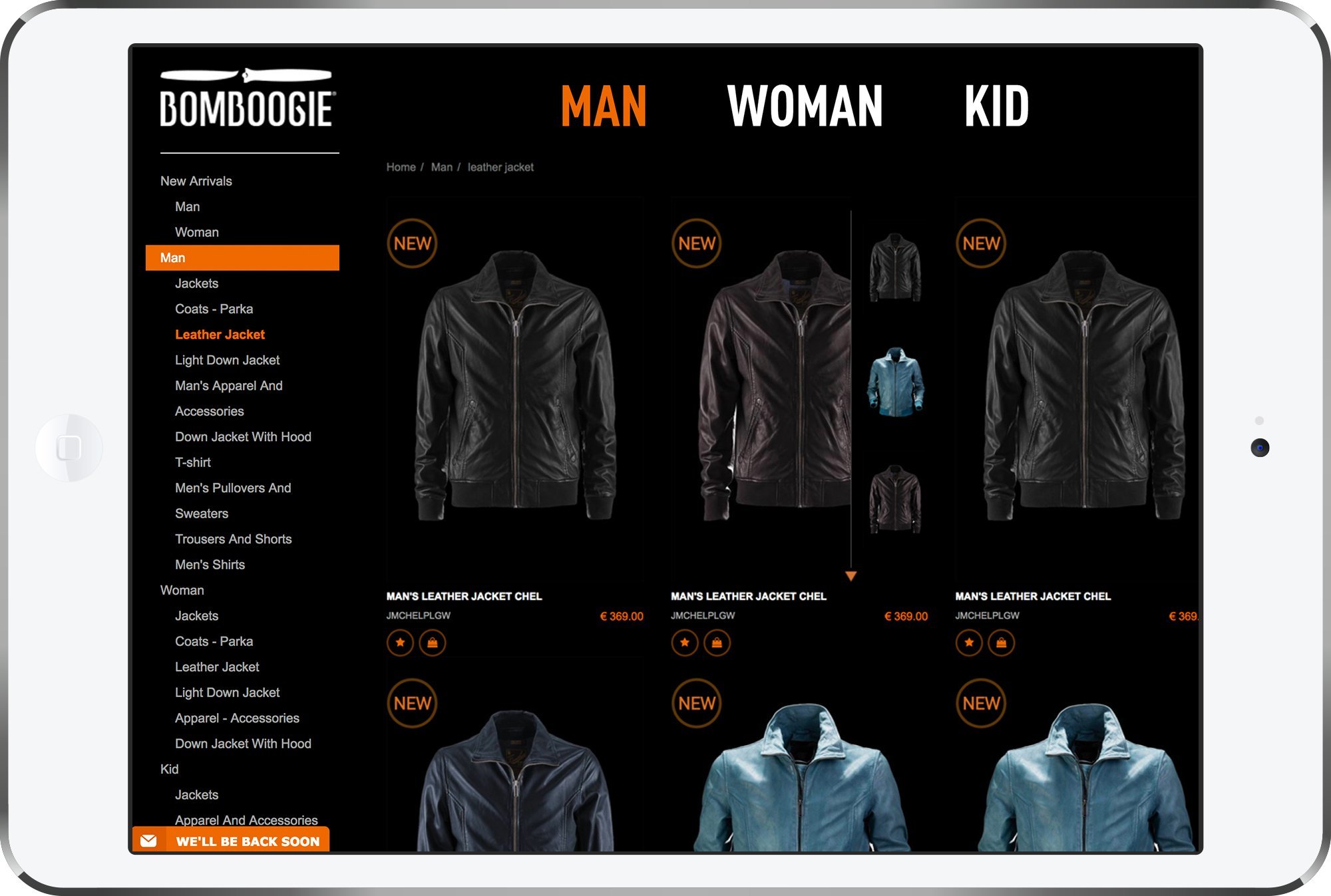 The speed to market was something that really stood out for us. Other eCommerce platforms were giving us months of lead time. With Kooomo and Studioworx the project was set up and selling in less than a month.
Maria Beatrice Falcione - Space 2000 Digital Department Manager

“The speed to market was something that really stood out for us. Other eCommerce platforms were giving us months of lead time. With Kooomo and Studioworx the project was set up and selling in less than a month”, explained Maria Beatrice Falcione. “Our goal is to increase the number of sales channels and open more markets in the coming months and we expect Kooomo to be an integral part of that future growth.” With the transformation of their online store, Bomboogie’s gross turnover increased by 47% between 2016 and 2017.

Motivated by the success of Bomboogie, Space 2000 launched two more brands with Kooomo in 2016, AI Riders On The Storm and Censured Urban Apparel and combined, are seeing annual turnover increasing to 7-figures. 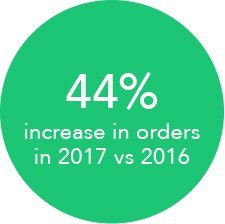 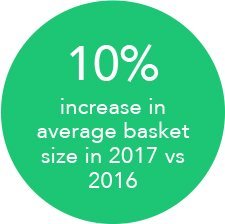 Contact us to find out how you can replicate Space 2000's success. Schedule a consultation today